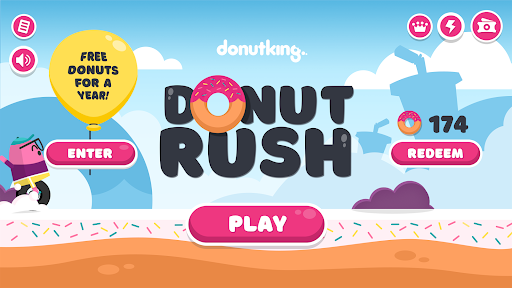 The kingdom’s supply of donuts is running out! Join the Donut Warriors in their rush to collect all the remaining donuts.

Pedal furiously through the Donut Kingdom, collecting as many donuts as you can. Collect magnets and speed boosts to power you up and grow your Warrior crew with milkshakes. But, beware of the jelly pits and ice-cream snow drifts!

Remember, your kingdom needs you and you will be sweetly rewarded!